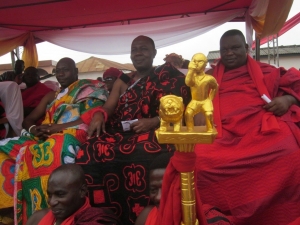 The Ewes are indigenous peoples inhabiting the coasts of the republics of Ghana, Togo, and Benin in Africa. The name is also applied to their language. They traditionally have been organized in small kingdoms, with the kings chosen from among the chiefs. Descent follows the male line, and property is held in common, although individual ownership of personal possessions is permitted. Inheritance passes to the maternal uncle, with movable property going to the paternal uncle and the children. The basic economy is agricultural.

Traditional Ewe society has featured a highly developed judicial system and complex religious beliefs. According historians, Eweland extends from the Mono River, on the western border of Benin, across Togo and into southeastern Ghana (formerly the Gold Coast and British Togoland) as far as the Volta River. South to north, it extends from the coast into the heavily forested hills, a distance of 130 km (80 mi). The region covers about 26,000 sq km (10,000 sq mi) and is densely populated. Tradition places the origin of the Ewes on the Niger River, to the northeast of their present location. In their new location they found themselves in the path of the slave trader. Just before the coming of the British, French, and Germans in the 19th century, the Ewes were persistently attacked by the Ashanti people from the northwest.

In 1884, when the German protectorate of Togoland was established, the Ewes were divided between British and German territory. After World War I (1914-1918), with the defeat of the German army, the League of Nations again divided Eweland, granting territory mandates to both Great Britain and France. In 1945 the League of Nations was dissolved and the United Nations was formed. One year later the United Nations granted Great Britain and France trusteeships over their respective territories. The purpose of these trusteeships was to bring about the eventual self-government of the territories.

After World War I, and more persistently after World War II (1939-1945), Ewe leaders worked toward national unity. In February 1946 a convention was held by the Ewe Unionist Association at Accra, capital of the Gold Coast, at which representatives of French Ewe organizations were present. This convention led to a meeting in Accra in June 1946 of a more formal All-Ewe Conference, which set up permanent working committees. The conference sought to unite the Ewes of French and British Togoland in an independent administrative unit. For a full decade, the All-Ewe Conference kept the issue of unification on the agenda of the United Nations Trusteeship Council. A highly organized campaign resulted in the presentation of 800 petitions to the United Nations, while sufficient funds were raised to send 25 representatives to New York in this period. After several hearings, a Trusteeship Council mission was sent to investigate matters in 1949 and 1952. 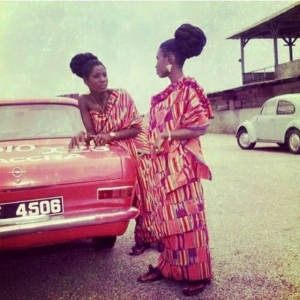 Shortly thereafter, Great Britain announced its intention to withdraw as trustee from British Togoland. The United Nations then supervised a plebiscite, or public vote, to settle the fate of the territory. This took place in May 1956, after a year of preparation. The people voted 93,365 for unification with the Gold Coast and 67,422 against.