The Association has a strong commitment to, and history of, helping Ewes and people of Ewe heritage in the Washington Metro area. The vision of the current President, is to create a program that will encourage succession planning for the next generation. Succession planning is a deliberate process of preparing for the orderly transition of talents: in this case, the Ewe culture and tradition. The Volta Association aims at bringing together all people from Ewe-land for a united community in the Washington metropolitan area. Currently, membership in the Association is open to all Ewe-speaking people or people of Ewe heritage from Ghana, Togo, and Benin. The aims and objectives of Volta Association are to establish a vibrant Ewe community in the Washington D.C. area, and to assist in the socio-economic development of the Ewe-land. 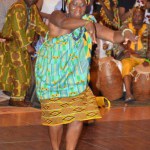 The formation of the Volta Association, formerly referred to as the Volta Club, started in July 1982. Prior to this, several social groups existed, such as Novisi and Novienyo. Volta Association’s constitution was promulgated in March 4th, 1984 in Washington D.C. Mr. Samuel Eric Kwame Avor led the interim committee—United Working Committee of Ewes—this committee eventually gave birth to the Association. In order to encourage membership, all persons who contributed twenty-five dollars or more towards the hosting of representatives from New York City and Chicago in Washington, District of Columbia on November 26, 1983 became automatically members of the association.

The new members were encouraged to start paying their monthly dues of five dollars ($5.00) effective March 1, 1984. The following Interim Executive Officers led the Club before the official formation of the Association – from October 1982 to December 1983:

Under the presidency of Edwin Agbonyitor, the Volta club changed its name to The Volta Association of Washington DC Metro Inc. and chartered with the state of Maryland on March 3 2009 as a nonprofit organization.  The gradual transformation of the association continued under the presidency of Chris Nuworsoo, who applied and received a 501c3 designation for the association from the Internal Revenue Service on February 25 2016. The association before then was designated as 501c7. As a benefit of this new designation, the Volta Association of Washington D C Metro Inc. applied for and was given a para-transit bus by the Maryland Transportation Authority in July 2016.

1986 – The formation of the Volta Ensemble (the cultural wing of the Association). This group successfully dramatized and staged a classic production of Hogbetsotso, a dramatization of the escape of Ewes from bondage in the historic past; and also putting up an impressive Durbar in 1988 for five paramount chiefs from the Volta Region of Ghana touring the United States. Volta Ensemble represents the rich Ewe-land culture through dance and music.

1987 – 1988 – Under the leadership of Dr. Ephraim Dagadu, the Association acquired over $5m worth of medications from pharmaceutical companies in the U.S. and shipped them to seven hospitals in the Volta Region of Ghana in collaboration with the then Ewe Unity Club of New York under the auspices of the UVO. (United Volta Organization).

1992 – The Association newsletter – Volta Club News – carried news and information extending beyond its boundary. Owing to its appeal to the reading public, in 1992, the name of the newsletter was changed to The Volta Sun with Isaac Vodi as its editor. The Volta Sun is credited for serving as a forum in propagating the formation of the Council of Ewe Associations in North America, (CEANA), which now embraces all Ewes from Ghana, Togo and Benin resident in the United States and Canada.

The purpose of the gathering was to study the possibility of bringing all the Ewe associations, in North America under one umbrella.

1994 – Projects – The Association continued to support CEANA programs and projects.

The award of scholarships to needy students and the shipment of medical equipment to Ghana, Togo and Benin.

1996 – Volta Sun – The Summer & Fall 1996 edition of The Volta Sun was published as African Times so as to reach out to a broader audience.

2005 – CEANA – The 12th Annual CEANA Convention was held under the leadership of Mr. William Adzimahe. The theme for the convention was “Investment and Socio-Economic Development: Critical Issues across Ewe-land”. The Convention programs began on Friday, September 2, 2005 and ended on Sunday, September 4, 2005. The convention meeting and dinner dance was at the Hilton McLean in Tyson’s Corner, VA.

July – Silver Jubillee – the Association celebrated its 25th anniversary”. On July 11th under the theme “A sense of identity and our heritage: Using our collective talents and skills to enlighten and uplift our community” Guests came from far and near to the Washington D.C. metropolitan area. The event was held at the Fellowship Hall of the Colesville Presbyterian Church on New Hampshire Ave, Silver Spring, MD. The Chairman of the event was Togbui Egbe II (Julius Kwami-Suklui). The past presidents of the association were in attendance. Awards were presented to them for their leadership. Volta Ensemble, the youth wing of Volta Association, displayed the best cultural performances and won the applause of many, including His Excellency Ike Leggett, Montgomery County Chief Executive Officer. Other prominent attendees included a representative of the Benin Embassy, Mr. Prosper Bekpa-Kinhou, the Executive Director of  the North America (CEANA), Ms. Ivy Quarshie and her entourage, Togbui Setranah, United Volta Association (UVA) President, and the Chairman of the Council of Ghanaian associations (COGA), Mr. Kofi Afful; and the representatives and leaders of Ghanaian associations  in the D.C. metro area. During the 25th anniversary celebrations, the Volta Association website was launched.

2009 – November The work of the Constitutional Review committee established in February led to the approval of a new and amended constitution at the November 8th 2009 general meeting. The constitution expanded the tax-exempt objectives and membership to Volta Association. New positions were created, and the Chairman and Vice-Chairman positions are now President and Vice President, respectively. November 8th general meeting, a new name, “Volta Association of Washington DC Metropolitan Area, Inc.,” (DBA Volta Association) was approved to replace Volta Club. The change in the name from Volta Club to Volta Association was designed to widen membership reach, undertake larger roles in its community, and attract tax deductible donations from sponsors and donors to its program of activities. A record number of 40 new people joined the club, due in part to the launch of the new website. The Universal Evangelical Church USA assigned the association two offices for the African and Cultural Resource center (A project started by the Volta Association). A plan to design a new logo to reflect the new name was also approved.

2010 – September 2 – 6 CEANA – The 17th CEANA Convention held under the leadership of Mr. Edwin Agbonyitor.  The theme for the convention was “Employing Education and Business Investments as Instruments for Developing Ewe-land”.  The convention meeting and dinner dance was held at the Hilton McLean in Tyson’s Corner, VA.

In it’s twenty-seven years of existence, the Association has had thirteen Presidents.

Contact Information: The President, Vincent H Kosi, can be reached @